Guide to Arbitrum and how to set up Metamask for Arbitrum

Arbitrum for Ethereum is a layer-2 of the next generation. Layer-2 supports Ethereum scaling by facilitating transactions via off-chain means, before bundling them and submitting them as one transaction to the base layer. This means transactions on layer-1 Ethereum won’t be hampered by large numbers of transaction requests. Roll-ups quickly became the preferred method of scaling Ethereum on layer-2 because they can run smart contracts off-chain and then bundle together to settle on the mainchain. There are a few layer-2 options, such as Optimistic Ethereum by Optimism, zkSync and more. These smart contracts are not side-chains such as Binance Smart Chain and Polygon. Instead, they provide layer 1 security, where layer one smart contract acts as an escrow to a counterparty. The existing layer-1 scaling solutions, such as Harmony and Polygon, will continue to be available until Eth 2.0 becomes fully live on the main net.

Off-chain Labs is the team behind Arbitrum, an international team of engineers and enthusiasts. It’s a set of Ethereum scaling solutions that enables trustless security and high-throughput smart contracts at a low cost.

There are three types of arbitrum:

Arbitrum is an Optimistic Rollup solution. This means that state changes can be published quickly by allowing a validator to post a rollup block that is correct and then giving others a chance for criticism. The blocks are then rolled up and added to the main Ethereum blockchain.

If fraudulent transactions are made, the bad actors will be punished and the state will be reformed.

Arbitrum has a unique combination of benefits:

Arbitrum claims that it is the only scaling solution offering the same combination at the lowest price and that Arbitrum supports porting Ethereum contracts to the bytecode level with no code modifications.

Arbitrum One is the name for the public mainnet of Arbitrum. Arbitrum One is online since September 2021, where Off-chain Labs maintains the ability to perform feature and performance upgrades or pause the system if needed. Although the team has lifted restrictions on the number of people who can transact with it, they will still have a whitelist for validating tokens and adding new tokens to their bridge. Arbitrum fees will be charged on ETH layer-2 with a 50x reduction in fees compared to the Ethereum mainnet.

Transaction fees are cheaper on Arbitrum

To use Arbitrum One, users must first use the Arbitrum Bridge to transfer Ethereum to their L2 wallet.

Use the Arbitrum Bridge for bridge tokens to Arbitrum One

Arbitrum can trustlessly transfer assets from Ethereum to Arbitrum One, including ERC-20 tokens, and ERC-721 tokens. The Arbitrum bridge is a pair contract for ERC-20 tokens. A token can be deposited in an L1 bridge contract and the token will be escrowed to L1. Minting the same amount at the L2 token contract can also occur. To get started, head over to the Arbitrum bridge.

Connecting to Arbitrum via Metamask

These Metamask (click to learn How to Setup a Crypto Wallet: MetaMask) settings will allow you to connect to the Arbitum One mainnet. The Arbitrum block explorer was a basic but comprehensive block explorer that included data points like transaction type, layer-1 gas used, date and time, and other common fields in a block-explorer. However, Arbiscan, an Etherscan-based block explorer to Arbitrum, has been launched and provides a similar interface. Arbitrum’s goal will be to serve as the default layer-2 rollup to Ethereum developers and users. We at Stakingbits are excited about Ethereum scaling solutions.

Although most crypto investors start their journey buying and trading coins on a central exchange, advanced investors and users quickly discover that crypto staking can

A Comprehensive Guide with Examples About How to Buy Crypto Currency

Cryptocurrency How to Buy For Beginners Cryptocurrencies can be described as digital assets that are traded on a global marketplace 24 hours a day. There are 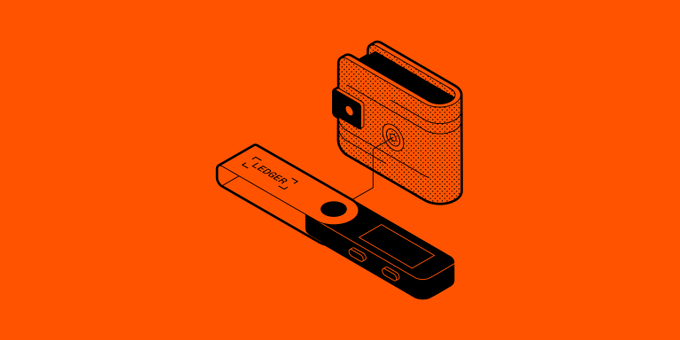 Step by Step Guide to Setup Your Ledger Wallet

A crypto wallet allows you to interact with a cryptocurrency blockchain. It creates the public and private keys that allow crypto transactions to occur. They

Top 6 Sites You Need To Know for Airdrops

What is the cryptocurrency airdrop anyway?  An airdrop is a free distribution of tokens by a cryptocurrency company to its users to increase awareness and